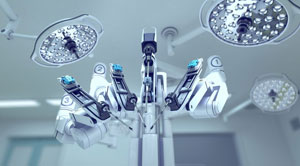 FREMONT, CA: 75 percent of hospital executives consider innovation as a priority. However, healthcare has historically been sluggish to adopt data analysis measures for operational efficiency. Most hospital leaders are still dependent on their experience and spreadsheets to make crucial operational decisions and for technology-related purchases. There is a massive scope of innovation in healthcare that will not only cut down on their expenses but also streamline the overall customer experience. The good news is that there are leaders who are increasingly treading amidst the sea of technologies with a clear head. So what is the future trend in terms of technological innovations?

The top priority areas for hospital executives include surgical robots, 3D mammography, and transcatheter aortic valve replacement (TAVR) hybrid cath labs, as per a recent survey by Union Bank of Switzerland (UBS). The investment bank expects a stable increment of 3.6 percent in the hospital capital budgets as per the data extracted from 100 purchasing managers surveyed. USB analysts believe that the purchasing environment is ripe for capital equipment companies.

Despite the intent from some of the daring executives, technological innovations still seems a far-fetched reality for MedTech companies. Hospital managers would cut down on the purchases of new equipment and advanced technology on priority if the sector suffers a downturn.

According to the UBS research, rehab, oncology, radiology, and general surgery were the top areas in the chopping block. Intuitive Surgical’s Da Vinci system turns out to be a frontrunner among the hospital executives eyeing robotic surgery as a near-term investment priority for 2019. One-third of those surveyed admitted owning a Da Vinci surgical system while 16 percent said that they were planning their budget to buy one in the coming year.

A few managers justified increasing the hospital real estate for Da Vinci systems by expanding to sister hospitals and new wings and dedicating operating rooms to robotics. However, the significant challenges for robotic surgery are the surge in supply costs, with the area being considered as having the fastest increase in prices by hospital purchasers.