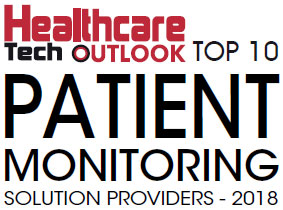 Neil Tantingco, Founder & CEO, Connected Home Living
Recently, a hospital in Modesto, CA, witnessed a staggering occurrence that not only changed their perspective on remote patient monitoring (RPM) but also changed the lives of many ailing adults. A group of 66 patients who suffered from either severe heart or pulmonary disease were referred to a home health agency with an unfair challenge of helping them age-in-place without frequent hospital readmissions. To help them complete the task successfully, Connected Home Living (CHL) offered their advanced RPM technologies, and remote care coordination (RCC) services. The results were staggering. Within six months, the hospital recognized that their readmissions had dropped to 7.57 percent from what used to be 22.9 to 24.7 percent, as only five were readmitted to the hospital. The lives of 61 patients were changed because of CHL’s continuum of telehealth services that has a blend of both round-the-clock RCC and RPM systems, with human socialization. “Our program encompasses 10 percent technology, 15 percent workflow processes, and 75 percent human factor. That’s the secret behind our success,” says Neil Tantingco, the founder and CEO of Connected Home Living.

Over the years, the cost for private patient care has rapidly increased and is ineffective in many cases. Home Health agencies typically visit the patient twice a week and spend less than 30-40 minutes with them. Another contributing factor is that patients don’t follow the RPM regimen as prescribed by their physicians, and many stop using it after some time. Due to the inconsistent visitations and poorly utilized technology, hospitals are observing a rise in readmissions.

Often these patients are depressed due to the lack of socialization, as most of them live in isolation and don’t have an outlet to express their thoughts. Connected Home Living has carefully devised its RCC and RPM solutions focusing on constant monitoring and timely interventions, by bridging external care services, and most importantly, humanizing the entire process.

The firm offers personalized RPM kits, which include a 4G LTE tablet, over 90 prebuilt care plans for specific diagnoses and follow-ups, Bluetooth-enabled medical devices such as blood pressure monitor, weight scale, and pulse oximeter. After the initial process, CHL assigns a remote care coordinator to handle the patient 24/7. As a part of their standard practice, the RCC in-charge will contact the patient once daily through video calls for the first 14 days, as the probability of readmissions is the highest during that period. The RPM includes a series of preprogrammed survey questions based on branch logic which can trigger follow-up responses and red alerts, which are automatically captured and tracked by the coordinator. In case of an emergency, the firm can reach out to the patient to validate the same and can also join the assistant in-charge or the doctor on a video conference. Additionally, the pre-built care plan comes with over 1,600 educational videos to promote self-dependency.

Given the fact that most patients live alone or with caretakers, the company has partnered with volunteer groups, who contact patients to help vent out their feelings or emotions that are suppressed due to isolation. CHL also offers a weekend tuck-in program wherein they restock supplies and medication. Looking ahead, the firm envisions directly catering to patients to help them efficiently. “I want to be with my patients as they progress or regress to their final stages, and provide the social determinacy as they move along through life,” says Tantingco.