Chris E. Rivera: President & CEO, EMulate Therapeutics A time-varying magnetic field may be used to exert force on point charge through a process known as magnetic induction. This is a fundamental principle in physics. Now consider the possibility of using this effect to treat brain cancer. Quite the jump, or is it?

Recent advances in material sciences and developments in the field of superconductive quantum devices have led to a remarkable discovery. Localized, ultra-low radio frequency energy (ulRFE®) (in the range of 0–22 kHz) can be applied for the treatment of solid malignant tumors, including glioblastoma (GBM), a fatal type of brain tumor.

From superconductivity to quantum physics to cell altering magnetic fields, all this seems like the stuff of science fiction. And yet, much like how Prometheus brought fire down from Mount Olympus, EMulate Therapeutics has invented a novel solution that can effectively spell a new dawn in the age of modern oncology for the treatment of terminally at-risk patients. 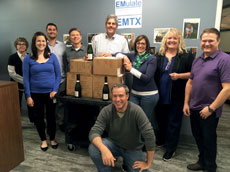 The solution is called the EMulate Therapeutics Voyager ulRFE® system. It is a non-invasive, non-thermal, non-ionizing, non-sterile medical device, the first of many product expressions of the company’s underlying ulRFE platform technology. Showing promise in preclinical and clinical trials, the EMulate Therapeutics Voyager has potential treatment applications in a wide range of diseases, including cancer, chronic pain, and inflammation, among others. EMulate Therapeutics' Voyager device is currently being evaluated to treat glioblastoma multiforme (GBM) brain tumors in human clinical trials.

Behind the Science of Next-Gen Cancer Treatment

The very precise and specific ulRFE signal that Voyager works on—referred to as a cognate—is obtained from solvated molecules produced by changes in the molecular electrostatic surface potential that can be measured and recorded by EMulate’s Super Conducting Quantum Interference Device (SQUID)-based technology.

Once recorded, highly precise ulRFE profiles (cognates) may be produced as a response signal. The signal generated by such a device works in solid malignant tumors by disrupting the mitotic spindle—the structure that forms during cell division and separates duplicated chromosomes in an animal cell. This mitotic spindle is composed of two centrosomes and spindle microtubules. The disruption of centrosome number or structure or the microtubule assembly results in aberrant mitotic spindles, failure of cell separation, and errors in chromosome number (aneuploidy), i.e., the common indicators in most cancers/tumors.

The transduction of these cognates can induce changes in the intended target, thus altering cell dynamics and producing biological effects. Voyager’s ulRFE thus works by creating a magnetic field that may reduce the expression or change the confirmation of these proteins, thereby serving as a safe and feasible monotherapy treatment for GBM.

A Simple and Non-Invasive Solution

The Voyager device consists of two components, the headband, and the handheld LCD controller/display unit.

Our goal is to deliver the beneficial effects that would improve life for humans, animals, and other biological organisms without the need for chemicals that may have harmful side effects

The former is placed on the patient’s head and is connected to the controller. It is a closed-loop solenoid coil over-molded in a medical-grade silicone designed to generate a nonlinear and oscillating magnetic field. The flexible headband is available in four sizes and includes an a 2-conductor cable with a latching connector for the Voyager controller—which weighs only 2.7 ounces and is approximately the size of a pager—is clipped to the patient’s pocket, belt or armband. It is a software-controlled amplifier powered by a rechargeable lithium-ion battery that delivers a cognate to the patient via the Voyager headband. The small, lightweight device includes a single recessed power button and a liquid crystal display that enables the user to read the device's status. There is no user-programming required, and there is no personal health information stored within the device. Adding to the usage convenience, no head-shaving is required or any other special preparation for use.

Through different preclinical and clinical models, EMulate Therapeutics has demonstrated a biological response to many of their magnetic fields. Encouraging results have been achieved in treating glioblastoma in adults and, using the company’s Hӕlo® device, treating diffuse intrinsic pontine glioma (DIPG), a type of diffuse midline glioma, in children—diseases that are not well served by conventional modes of treatment.

The company has also demonstrated relief from the effects of both acute and chronic pain with a different type of magnetic field that emulates analgesics or opioids. Early feedback points to the technology's effectiveness in helping people sleep and become calm while also delivering potential beneficial effects in companion animals and pets. “We hope to do a pivotal trial in glioblastoma as well as in DIPG, in the not too distant future,” states Rivera.

“We would also like to be able to test and develop a magnetic field that might help people with anxiety or post-traumatic stress disorder.”

EMulate Therapeutics has done a proof of concept, which supports the delivery of the effects of chemicals on plants without using chemicals. Rivera envisions scenarios where they could deliver a growth hormone's effects in agriculture or mimic antibiotics for livestock without the real chemicals being used and passed on to the consumer.

The Path Ahead—Creating a New Benchmark for Better Healthcare

As EMulate Therapeutics has a platform technology that can be applied to a variety of different vertical markets, the company is establishing subsidiaries focused on cancer treatment, pain management, CNS disorders, animal health, and other sectors. EMulate Therapeutics already recently established one subsidiary, Hapbee Technologies, with an exclusive focus on consumer markets. Hapbee uses EMulate’s magnetic field technology to affect people’s feelings and moods and successfully markets directly to consumers via e-tail channels. Likewise, various other subsidiaries would adapt the technology and establish go-to-market channels by reaching out directly to patients, hospitals or physicians, or third-party distributors, depending on the business model at hand. 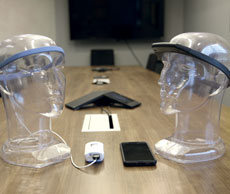 EMulate Therapeutics’ senior staff and board members have been in the industry for 20+ years. It is, for the most part, a virtual company. The senior management team works with and directs consultants, software developers, engineers and researchers on their projects. As a small company, they have ten employees based in Seattle. Based on the success of their other solution, Hapbee®, the EMulate Therapeutics team is currently focusing on creating other subsidiaries that are focused on specific areas, such as pain or cancer or CNS disorders. The company is bringing in experts in that space to help build out that part of EMulate Therapeutics independently. Each member realizes the potential for the technology and its sheer breadth. "We can't be an expert in everything. So we try to develop the proof of concept data that supports the technology works in specific areas, through proven animal models," states Rivera. EMulate Therapeutics will then try to find either licensing partners or individuals that have a lot of experience in that space who can hopefully develop the technology further and faster than they can themselves.

For the future, Rivera also envisions that additional subsidiaries will expand the technology very quickly: “The success of our subsidiary, Hapbee, is really a valuable model for rapid technology expansion and building value in EMulate Therapeutics to hopefully help thousands of people in the future.” Rivera attributes their continuing success in digital therapeutics to the EMulate Therapeutics team. The team, comprising engineers, clinicians, pharma and biotech experts, and marketers, has emerged as the company’s biggest asset. 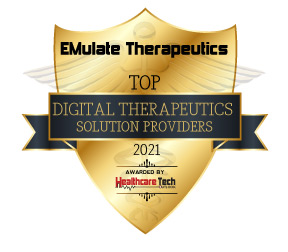 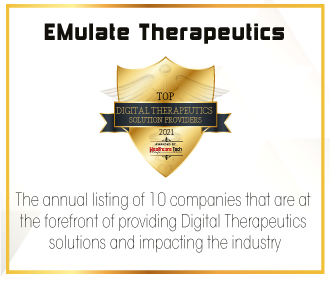 Description
EMulate Therapeutics is a clinical-stage therapeutic device company that makes targeted, non-invasive, safe, and effective treatment a reality. The company’s groundbreaking technology has the potential to treat cancer and various other diseases without chemicals, radiation, or drugs and with minimal or no adverse effects. The technology is based on magnetically-induced changes to cellular function to produce a therapeutic response. It uses precisely targeted, ultra-low radiofrequency energy delivered via non-invasive devices, such as the EMulate Therapeutics Voyager and Hӕlo®, to specifically regulate signaling and metabolic pathways on the molecular and genetic levels 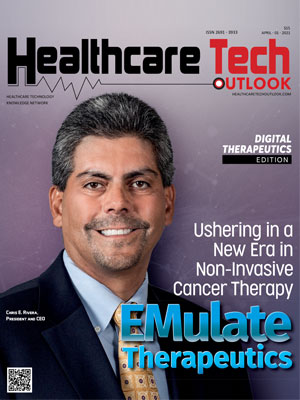