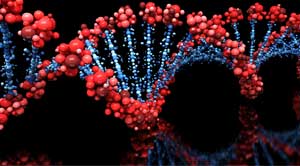 An individual’s brain undergoes several changes in their structure and functions with age. The difference in the structure depends upon the levels of glucose and oxygen on which the brain relies upon. To research further, a group of scientists recently coded the brain’s metabolism pattern. They predicted the person’s age after analyzing the metabolism pattern. The output depicts the age of the person without any error.

Researchers from Amen Clinics in Costa Mesa, California, University of California, Los Angeles, and San Francisco indulged in studying the brain scans of more than 60,000 people. More than 30,000 of the scans resulted in brain aging. The brain scans used in the research is the single photon emission computed tomography scans (SPECT). SPECT reveals that cerebral blood flow is reduced in various disorders. Several brain disorders and behaviors lead to brain aging.

Autophagy, an alternate route for cell death, has been implicated in neurodegenerative diseases. Aging is a great risk for neurodegenerative diseases too. According to the NIH (National Institute of Health) scientists’ research on fruit flies, the immune system plays a vital role in aging brain disorders. Both fruit flies and humans have significant similarities in innate immunity and autophagy. In their research, they have altered the activity of the Cdk5, an important gene responsible for early brain development. In parallel, anti-microbial peptides, a small molecule taking part in innate immunity has positive shades in aging. These small molecules have a potent antibiotic activity that kills bacteria, fungi, and other microorganisms.

In the previous study, alterations in Cdk5 had caused death in the flies after significant memory loss. However, in this study published by Cell Reports, Cdk5 alteration has lead to the destruction of dopamine-releasing neurons in the brains of older flies. The same happens in humans with neurodegenerative disorders. Cdk5 has been related to diseases like Parkinson’s, amyotrophic lateral sclerosis and Alzheimer’s. Restoring the waste system and blocking the immune system helps in preventing the reduction of dopamine.