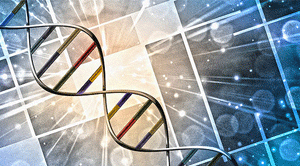 The recombinant technology allows the production of a defined antibody through DNA sequencing, which possesses higher purity when compared to traditional monoclonals.

FREMONT, CA: The emergence of recombinant technology is set to revolutionize research in the pharmaceutical industry.  Until now, monoclonal antibodies (mAbs) were produced using hybridoma methods, which involved immunizing a mouse with specific toxins as per the antibody requirement. The spleen cells of the animal were fused with special myeloma cells, producing an immortal hybrid cell called hybridoma secreting the antibody.

Even though the antibodies proved effective, the manufacturing process took as long as 6 to 9 months. Also, the hybridoma cells were prone to contamination, and only 1 percent of total cells survived the procedure. However, the advancement in recombinant technology has opened new opportunities to revolutionize drug discovery and development of antibodies.

Monoclonal antibodies theoretically bind to a specific epitope on an antigen. As a result, all the antibodies in the sample are similar. Also, the hybridomas can genetically drift, causing batch variability. Even though it is characterized for function, it is not possible to determine the exact sequence of the antibody. On the other hand, a recombinant antibody is a monoclonal antibody in which the sequence is identified before it is synthetically produced. By knowing the sequence level of antibody, it is possible to manufacture a true monoclonal antibody without batch variation.

The extraction of antibody sequence from hybridoma is carried out by identifying the antibody-coding mRNA transcripts of the cells using primers to amplify the genetic sequence of the binding domains. High-throughput next-generation sequencing (NGS) and complementing algorithms are used to sequence the mRNA transcripts and analyze the data before extracting the antibody sequence.

Standard molecular biology techniques are leveraged to synthesize and clone the antibody genes into expression vectors. The method enables the manufacturers to extract all the antibody sequences in the hybridoma. The recombinant technology allows the production of a defined antibody through DNA sequencing. Also, the recombinant antibodies possess higher purity when compared to traditional monoclonals.

The use of recombinant antibodies enables researchers to refer completely sequenced reagents which deliver high reproducibility, allowing other scientists to replicate or add to the result. The availability of the sequence will allow engineers to customize the antibodies based on the application needs.
Check Out: The Manufacturing Outlook