Why Has the FemTech Seen a Plunge in its Growth?
CIO Viewpoint
CXO Insight

Why Has the FemTech Seen a Plunge in its Growth?

FREMONT, CA: Despite femTech's recent rise in the digital health market, just 3 percent of digital health deals in the U.S. have centered on women's health since 2011, according to a new study. From 2013 to 2018, femTech has seen year-over-year growth in venture funding. The sector has gone from just five deals in 2013 to 18 deals in 2018, worth 388 million dollars. Nevertheless, femTech accounted for 4.7 percent of the overall support for digital wellbeing that year.

FemTech's deals have been on the decline since its peak in 2018. In 2019, the group received 3.3 percent of digital health funding and 1.5 percent in the first half of 2020. Looking at the femTech world, it is found that businesses work in five segments: fertility, sexual and gynecological health, pregnancy and motherhood, chronic illness, and lifestyle and wellness. There are, still, many aspects of women's health that are currently unmet. Many of them include the war against maternal mortality of Black women, equitable treatment for queer and transgender populations, prenatal remote tracking systems, and sexual education. 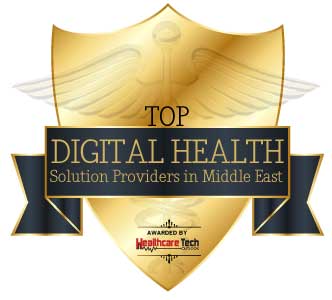 Women are historically underrepresented in clinical trials, but femTech provides a way to fill the divide. Reports suggest that the femTech market is rising, with one study forecasting that business sales will hit 297 million dollars by 2024. Given this, analysts also say that this is only the beginning of femTech. Expanding to more segments is one way for businesses to understand their full potential.

One global organization that inspires, supports, and connects women in wearable technology, fashion tech, smart textiles, IoT, and VR/AR, recently held a femTech forum where investors addressed the industry's state. Much of the conversation was about the need to expand the initiative beyond fertility and pregnancy.

Three startups have been identified for their non-invasive tools to treat typical menopausal symptoms such as hot sweats, nausea, and sleep disturbances. Also, in the menopause region is one firm, which provides women remote appointments and, for the first time, mail-order prescriptions for menopause hormone replacement therapy. Besides, one Femtech recently raised 3 million dollars in seed-round financing for its bra-like ECG technology. The wearable can monitor the health details of a woman over time. In addition to the ECG, users can see pulse rate, respiratory rate, and heart rhythm.