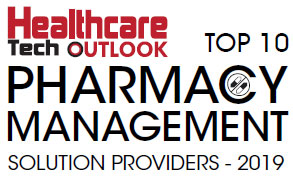 Don Marette, President, Occum Health
Imagine a world where you, as an employer could offer your employees healthcare with the knowledge that your costs were the absolute minimum for the medical services and prescriptions used by your group. Imagine all your employees on a state-of-the-art portal they can access from their phone that is synced with payroll and allows human resources to run reports at the push of a button. Imagine over 80 percent of your employees are engaged in wellness and feel like they have skin in the game to control costs and lower contributions, not having to leave their doctors and having more pharmacy options. Imagine having the power of transparent claims data to make informed changes to a benefit plan that you completely control. Stop imagining, because it exists now.

It was this vision to minimize healthcare and pharmacy costs that led the creators of Occum Health to build and introduce a solution to the market that revolutionizes the existing scheme of the cost of medical claims and drugs. Occum Health follows the fee-for-service principle, and in doing so, they maintain a transparent relationship with their clients; this makes them a one-of-a-kind solution provider that removes the mark-up from the equation. By engaging with employees on a one-on-one basis to enhance their health outcomes, they improve the overall benefits structure of the organization. “We don’t just want to save our client’s money in year one, we want their bills in the second year to be lesser than that of the first year’s,” says Don Marette, president of Occum Health.

During a discussion on rising healthcare costs, renowned investor and business magnate, Warren Buffet spoke about healthcare costs being the “tapeworm” of the American economy. This statement, in particular, goes to show that there exist disparities among the prices of prescription drugs and medical services, resulting in consumers not being offered fair rates. PBMs should be held responsible for contributing to the hike in drug rates. A PBM’s role is not just limited to ensuring appropriate distribution but also involves providing the maximum discount on drugs.

While larger PBM organizations follow the traditional model, where even after claiming large discounts, they end up earning huge profits, Occum Health, on the other hand, grants their clients access to the wholesale drug portal which displays the exact amount they paid for the drug. In the case of rebates, all are returned to the plan sponsor without the company reaping additional benefits off of it. Focusing largely on administrative services, health insurance, and pharmacy services to eliminate markups, the company assures maximum savings.

Backed by Southern Scripts, Occum Health provides its clients with an opportunity to evaluate their existing pharmacy benefit management program. Depending on the employee’s preference, a customized plan is built, which includes the prescription benefit scheme, pharmacy, reimbursement rates, and medication.

We don’t just want to save our client’s money in year one, we want their bills in the second year to be lesser than that of the first year’s

Such an initiative promotes better outcomes for employees and savings for plan sponsors.

The company offers its Trademarked Variable Copay program on more than 2,100 specialty drugs with an average discount rate of 30 percent. For example, for a $1000 coupon, Occum Health covers the $250 deductible fee without the customer having to shell out extra money. The additional coupon amount is credited back to the plan sponsor. By providing companies with access to their portal, Southern Scripts enables customers to double-check the rates of drugs and ensure that they’re paying the exact amount without any markup. “It’s the positive outcome for the employee population that makes a difference both in their productivity and in the combined expense of the healthcare program,” adds Marette.

As Marette talks about the administrative fee being their sole source of revenue, he portrays a scenario where a company spends approximately 15-40 percent more currently on Rx than they need too.

Additionally, Occum brings clients a medical captive opportunity which spreads risk and creates savings through the power of size and fee for service without marking up claims. Transparency is also the hallmark of the captive health solution with the flexibility to control benefit options.

A belief that the company follows ardently is to manage the health and wellness of every individual, and no matter what, they ensure to maintain the level of care at a minimized cost. The process starts with getting to know every employee on a one-on-one basis to deduce their tendency toward a particular ailment. Finding out an individual’s proneness toward a disease can help them follow preventive measures to control their healthcare expenses ultimately. The information collected is used to implement suitable changes in the environment around the employees which also turns out to be a cost-effective method.

Making each individual productive turns the cost curve downward which is why analyzing and procuring data is an essential factor of their solution. Of particular importance, Occum Health focuses on assisting senior nursing facilities as they are not treated fairly by insurers. The number of nurses working in a full-time role is much less than those opting for a part-time job. Most insurers worry about an imbalance in their profit ratio, in case, part-time employees turn toward full-time roles but this is not the case with Occum Health. With the company’s fee-for-service policy, nursing facilities are able to generate savings up to 35 percent or more with improved employee benefits. Occum Health contends, “What we do isn’t magic, it’s just honest.”

Through regular campaigns held by Occum Health, they are able to generate a considerable number of prospects that are interested in their services leading to exponential sales growth.