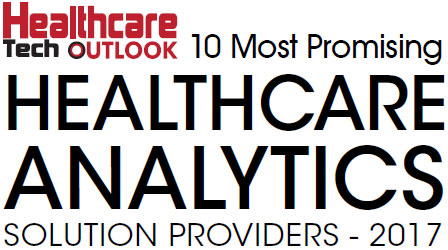 Bryan Mack, President, U.S. MedScI A major part of Bryan Mack’s entrepreneurial journey was spent with early stage and rapidly growing companies. The reason for this affinity to agile disruptors, he says, is an opportunity to wear different hats and learn the key aspects of solutions that made an impact on the audience. During his stint with startups in the healthcare space, Mack was quick to realize a predicament: the industry lacked technology that is aligned to the unique nature of medical practice. The organizations were crippled with systems that are built on a theoretical outlook. Guided by his cognizance of these aspects, Mack now leads U.S. MedSci, a company that believes in the application of healthcare analytics with a signature pragmatic outlook. The company has developed an analytics platform that suits the practical needs of physician groups, hospitals, and laboratories.

U.S. MedSci upholds a realistic, outcome-focused outlook in delivering their solutions—a significant shift from healthcare technology that tries to appeal to too many stakeholders in the healthcare setting. From its very founding, the team was focused on working for micro causes and perfecting the company’s offerings before duplicating the results to other areas, or as the President articulates, “feeding villages before trying to solve world hunger.” The unique business model adopted by U.S. MedSci entails delivering value to their customers through practical software solutions and actionable insights, and not by selling data itself.

The company’s core platform, PatientSphere, collates data from a broad range of diagnostic, psychological, behavioral, clinical, functional, and psychosocial test results, to build a digital timeline of a patient’s care episode. The digital timeline portrays a network of interconnected events in the patient’s healthcare and medication record, which would otherwise go unnoticed by physicians, to create a holistic and multi-disciplinary view of patient data for physicians to derive insights. The platform surfaces profound effects of medication, treatment options, and the general response of the patient, correlating them to other areas of the patient’s life.

Mack refers to this visual paradigm as the ‘outcomes tracker,’ a way to derive insights by considering numerous factors along with a timeline, without inundating the user with incomprehensible numbers. The tracker is also fed with self-assessments that patients take on iPads while waiting for the physician in a lobby or the examination room. The feature includes a graph representing the digital timeline, with various colored lines indicating the self-assessment results, procedures the patient went through, medication administered, among other influential factors. “When the provider sees the patient-as-a-whole in a digitally rendered timeline, correlations between treatment events and treatment efficacy along with the potential impact of underlying comorbidities can be better understood,” explains Christine Whitaker, the company’s CEO.

More recently, the company launched its Revenue Cycle Management (RCM) platform, RevenueSphere, which ties together financial metrics along with PatientSphere’s original assessment structure and the customers’ EMR data. The underlying value of this seamless integration reflects on an entirely novel approach of creating a dataset formed by the synthesis of information from various sources, infused with the cost metrics for various treatment options. In doing so, U.S. MedSci enables healthcare providers to invite their patients to be a part of the decision-making process. Based on the diagnostic results and digital timeline built by PatientSphere, providers can closely monitor efficacy of the course of treatment and respond to changes earlier. This can drive down the cost of treatment for an individual patient and have a significant impact on cost reduction from a population health viewpoint.

“We enable the patient and the physician to have a discussion and make decisions as you would in a lot of other areas of the business with a true cost-benefit analysis based on precise data,” explains Mack. Data that empowers this approach is aggregated from a multitude of diagnostic tests, behavioral and functional surveys, claims data, and the fundamental data warehouse for healthcare providers—the EMR system. The company offers its customers the option of either integrating with their existing EMR platforms or replacing them entirely with PatientSphere as the stand-alone EMR. Data is made to interoperate between the two ecosystems. This both expedites and facilitates the claim generation process.

In a particular instance, the outcomes tracker correlated the innate interdependence of pain and depression for a patient with pain.

Initially, the physician started the patient on a medication regimen and performed a medical procedure. These treatments improved the patient’s condition significantly. A few months later, the patient’s pain and functional outcome began to worsen. The logical decision that would have been made by the physician, based purely on clinical data, would be to repeat the prior treatment.

The outcomes tracker, however, unraveled another trend in the digital timeline—the patient was going through a major depressive episode due to a traumatic life event. With the knowledge that pain and depression are comorbid, the provider has insight to treat the depression which not only improves the patient’s depression, but also the pain and functional score. Empowered by observations surfaced by such correlation, the physician can make a better judgment of scheduling the best treatment for the patient, rather than basing decisions on singular data points.

The solution also entails other features and measures, validated by various clinical experts, and points out addiction to certain medications, suicidal tendencies, patient’s response to medication. Sphere also serves as a platform for physicians to perform a myriad of revenue generating services such as digital testing, telemedicine services, preventive health, and other ancillary services.

A father of two, Mack has experienced firsthand that communication is more about hearing and less about being heard. He remarks that many leaders become so unyielding in attempts to impose their own views that they forgo opportunities truly listen to customers and employees, and to what the market is telling them. These insights, Mack continues, can help mold strategy, or develop organizational culture. Encouraging a culture of proactive people, entrusting them with responsibility, and allowing them to 'spread their wings', defines what U.S. MedSci is all about.

This close-knit culture at the workplace was a significant reason behind the company’s hyper growth rate, he notes. U.S. MedSci grows steadily in terms of the datasets built into their platforms and adding further capabilities into RevenueSphere. “The year 2017 has been a big year for us since RevenueSphere has received an immense response from our customers,” states Mack elatedly. “We will continue in a direction where actionable insights are available to both provider and patient, to enable an engagement never seen before in healthcare.”
This content is copyright protected